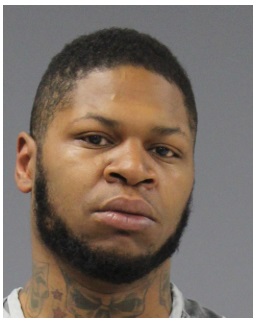 Hopkins County Sheriff’s Office arrested an Ohio man yesterday after discovering marijuana, an ecstasy tablet and an AR-15 in his vehicle during a traffic stop.

HSCO stopped Earnest Martin Crawford IV of Cleveland, Ohio for a traffic violation on I-30 at approximately 5:40 am. Loose marijuana was observed on the console of the car during the traffic stop.

A records check showed that Crawford is a convicted felon.

Crawford was taken into custody and charged with Unlawful Possession of a Firearm by Felon and Possession of a Controlled Substance. He was transported to Hopkins County Jail where he is currently held.

15 Year Old Allegedly Kills One in Shootout in Garland. Another 18 Year Old Arrested...

$600 Stimulus Payments to Begin Arriving As Soon As Today